The “Valiant” was the basic trainer most widely used by the United States Army Air Force (USAAF) during WWII. It represented the second of the three stages of pilot training—primary, basic and advanced. Compared with the primary trainers in use at the time, it was considerably more complex. The BT-13 not only had a more powerful engine, it was also faster and heavier. In addition, it required the student pilot to use two-way radio communications with the ground, operate landing flaps and a two-position variable pitch propeller. 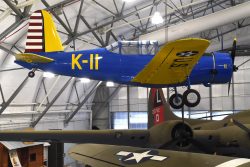 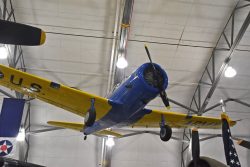 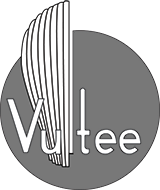