Origins of an Airlifter

The C-119 Flying Boxcar is the developmental successor to the C-82 Packet. Rather than continue the trend of using converted commercial aircraft designs, the Army Air Force placed a request for a purpose built tactical airlifter. The C-82 entered service in 1945, just missing involvement in World War 2. Although the design was revolutionary, it was plagued with problems. It was underpowered and suffered from weaknesses in its fuselage and booms, and it was possible to retract the landing gear while the aircraft sat on the ground.

In a desperate bid to improve their design, Fairchild pulled a C-82 off the production line. The modified model was initially dubbed the XC-82B, but so many modifications were made that the aircraft no longer resembled the C-82. Thus, the name was changed from the XC-82B to the XC-119A. However, the XC-119A retained the name Packet. Some of the key changes made to the aircraft include:

The new aircraft first flew in November of 1947. In December 1949, after two years of tests and evaluations, the Air Force accepted the C-119 into service. The sole testbed, the XC-119A Packet, entered service as the C-119A Packet. However, all of the C-119s designed and built from scratch were to be recognized as C-119B Flying Boxcars. A “B” model’s fuselage was also wider than the sole A model’s by fourteen inches.

“352” entered service with the 314th Troop Carrier Group (Medium) in 1950 at Smyrna Air Force Base, Tennessee. However, the Korean War began in June of that year. The entire group was deployed to Ashiya, Japan in August of 1950.

The 314th was instrumental in many pivotal operations during the Korean War. In September of 1950, following the success of the landing at Inchon (Operation Chromite), the 314th began its first major operation by ferrying fresh troops, equipment, and supplies from Japan to Kimpo Airport in Seoul.

Then, in October of 1950, the 314th participated in the airborne landings of Sunchon-Sukchon. This operation was designed to deploy forces and aid in the conquering of the North Korean capital Pyongyang. The group’s C-119s dropped 3,953 paratroopers of the 187th Airborne Regimental Combat Team (ARCT) along with 538 tons of supplies between October 20th-25th, 1950.

Following the Chinese invasion of North Korea in November of 1950, the 314th was tasked with supporting the besieged American and South Korean forces trapped at the Chosin Reservoir. Near Funchilin Pass, the Chinese blew up a bridge that was the only means of escape from the area. Eight C-119s, including “352,” transported M2 Treadway bridge sections and airdropped them into the valley near Koto-ri. The ground forces were able to reassemble the bridge and evacuate before the Chinese attacked.

In March of 1951, the 314th Troop Carrier Group took part in Operation Tomahawk. The mission was to drop the 187th ARCT behind enemy lines, aiding an operation to encircle Chinese and North Korean forces. Additionally, 12 members of an Indian Field Hospital unit were being dropped to provide medical assistance and humanitarian aid. This time, the jumpers lept from C-46 Commandos, while the C-119s flew behind dropping the ARCT’s heavier equipment and supplies. The landing was successful, but the Chinese and North Korean forces had evacuated the area prior to the drop, thus nullifying the objective.

By this point, Fairchild had recognized some design flaws with the B model. The performance of the first 46 aircraft B models indicated continued instability with the twin booms of the tail (a problem that previously plagued the C-82). Additionally, it was found that the single-wheeled nose gear was too weak to support the weight of a loaded aircraft through multiple landings or after one particularly hard landing.

These design flaws were remedied in the adaptation of the C-119C. Although the C looked and performed very similarly to the B, the noticeable changes were:

In November of 1952, “352” returned to the United States. The aircraft landed at the Birmingham Modification Center in Alabama to receive the first batch of upgrades. However, the aircraft was still needed for service in Korea. “352” returned to Japan in January of 1953 and continued service with the 483rd Troop Carrier Wing based out of the 314th’s station at Ashiya, Japan.  The aircraft continued service in the Korean Airlift for the remainder of the conflict and thereafter.

In 1954, “352” returned to the United States again. The aircraft was now assigned to the newly organized Air Force Reserve. After a short time at Mitchel Air Force Base, the aircraft was assigned to the Air Force Reserve units of the Greater Pittsburgh International Airport. The units there went through several iterations and organizations, but ultimately became recognized as the 911th Troop Carrier Group (Medium), or known today as the 911th Airlift Wing.

In 1955, “352” returned to Birmingham to complete the necessary modifications to officially recognize the aircraft as a “C” model. The aircraft finished out its career with the 911th serving as a training aircraft for the Air Force Reserves. The curriculum of the 911th was centered around tactical airlift. Crews were instructed on how to conduct paratrooper operations as well as how to transport and drop their necessary cargo. There was a specific emphasis on airdrops, landings, and extraction systems. All of which were very similar to the operations the aircraft itself conducted during the Korean War.

Finally, all firefighting C-119s were grounded in 1987. This was primarily over safety concerns of the aging fleet alongside investigations from several accidents. The grounded “352” was placed in storage. Its registration finally expired in 1992.

However, in 1993, The Flight Test Museum of Edwards Air Force Base acquired the aircraft. It was initially painted back to Air Force markings before being acquired by the Air Mobility Command Museum. The aircraft was then deconstructed and the first sections of “352” arrived at the Air Mobility Command Museum in December of 2016. The aircraft will tell the story of the famous bridge drop while serving as a reminder of the “Forgotten War.” 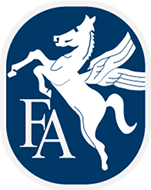 My father flew this aircraft with Hemet Valley Flying Service when it was an airtanker, it was my favorite particular tanker that he flew as far as C-119’s go. I’m am so happy that it is being preserved and has such a great history. You all have a wonderful museum there, I was able to visit years ago and crawl through some of the aircraft. I hope that I can get back our there to see the museum and the airplane again after it is on display.

I am sure my dad flew this very aircraft as he was deployed to Ashiya flying C119’s and C47’s in and out of Korea’s K fields. The next time I’m home I’ll checks his logs.