Our Samaritan began its flying career as a staff plane for the Air University and ended its service as a South Carolina Air National Guard general’s plane. It was also the museum’s first “flyable” aircraft. This short-to-medium-range transport was stationed at Dover Air Force Base in its T-29 version.

The C-131 Samaritan is the military version of the Convair 240/340/440 series of twin-engine commercial airliners. The first Samaritan, a C-131A derived from the Convair 240, was delivered to the Air Force in 1954. It was primarily used by the USAF for aeromedical casualty evacuation. The C-131A had large loading doors for stretchers or cargo and was equipped to accommodate 27 stretchers or 37 sitting casualties. In later years, some Samaritans were converted to be used as VIP staff transports under the designation VC-131H.

Nearly all of the USAF’s C-131s left the active inventory in the late 1970s, with a few still serving in Air National Guard units until the mid 1980s. 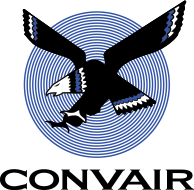 I was stationed at Mather AFB , Sacramento, California from March 1967 through September 1968 when I was deployed to Vietnam. During that time I worked on the T-29 Navigator Training aircraft.
I was qualified to do all standard maintenance as well as being taxi and run-up qualified. I still have a USAF Flight Crew Check List for the aircraft.
This aircraft was well built and very dependable.
Variation of the Convair C131.

I was stationed at Andrews AFB from 1976 to 79. In 1979, the Navy Reserve took possession of a couple of hand me down Allison turboprop powered VC-131H’s from the Air Force replace their C-118’s. Once a month, they flew to Pittsburgh ARS, PA to pick up Navy Reserve troops for the drill weekend at Andrews. They always made seats available for space A, so I took advantage of a free flight home one Friday. I was the only passenger on this decked out VIP ship. I sat on the side facing blue sofa and watched the Maryland and Pennsylvania countryside slip by with the sun low on the horizon. The flight was over all too soon as we taxied to 911th Air Wing ramp to picked up passengers for their return trip to Andrews. I spent a few extra days at home in western PA and caught a $30 military rate flight back to Washington National airport a few days later. Great days they were.

I was stationed at Wiesbaden Germany in 1968 was FE on 55 294 later transferred to Ismir turkey, then to Athens Greece, Then to Tehran What a wonderful aircraft. Still love that old bird. Thanks for the memories. SMSgt Frank Pitts Ret.

You past thru Aviano AB. I was Transit Alert there, we must have crossed paths.

My first aeromedical evacuation training flight was on a C-131 at Kelly AFB TX in 1972.

Reply to Merrill Wilson’s comment. All T 29 and C 131s had tricycle gear. None had a tail wheel.
T 29A was primarily a Nav trainer with several stations for Navigators . The plane was not pressurized and had 2 R 2800-97W engines
T 29B also a Nav trainer but was Pressurized and had air Conditioning 2 R 2800-97W
T 29C A special designed trainer with a “Pit” located in the cargo area with a mock up Nordon Bomb sight set up 2 R 2800-99W engines
T 29D still designed as a Nav trainer plus the Abbreviated Nordon position. Preferred model to modify for VIP passengers 2 R 2800-99W
C 131 A Designed for Med Evac operations. Basically a T 29B with a Cargo door for litters, 2 R 2800-97W Entrance doorstairs on RH side
C 131 B Test bed plane with large Generator Pods on belly. Large Cargo door LH Rear, Entrance door LH Forward. 2 R 2800-103 W engines
C 131 C/D basic Cargo carrier with large Cargo door LH rear, Pax door LH forward
Note: USAF had a special Convair designed as a VIP plane Although later designated as a VC 131 A, it was a T 29B when it rolled off the assy line. It went directly to the Modification process of installing a full Galley for a flight Steward. It had special seating with VIP work tables that doubled for small conferences. A bed was also installed for en-route use. A special Gas powered Generator was installed in the belly to provide starting power for engines. Other amenities included a small safe, private lavatory. Entrance door same as T 29B RH side Fwd. Engines were R 2800-99 W.
Only 4 VC 131 A’s were made. One crashed in S America. Location of 2 others unknown, However I was fortunate to be the Crew Chief and FE on the 4th plane at Eglin AFB. Tail # 51-5127 Transferred from Eglin to the Alaska State Gov. I loved that plane….

We had about 8 C-131 and 8 T-29; I think, at Andrews AFB in 1968….which had about 40 Seats in them
and the Headquarters Command headrest cover with the WH emblem on it in Blue and Gold trim.
1002 Org. Maint. Squadron. I had a ‘Run-Up’ license for them; which meant I could run-up and check the
engines on the ground. I was on an extra engine inspection crew on the flight line; which double-checked
the engines and had them spotless….like new car engines. As I remember the C-131 had a nose wheel
setup with its cockpit level; while the T-29 would set on its tail wheel with it’s cockpit ‘up’.
You had to have two screwdrivers to put the firewall behind the engine back on with it’s 100 zeus fasteners;
One screwdriver was a gigantic 3 or 4 feet long to wedge against the engine metal braces to force the fire
shield against the zeus fasteners; while you used another large screwdriver of a foot long to turn the zeus
fasteners and click them into locked position. The manual said you could only have about 3 not fastened.
the first time anybody tried to put one of these back on…they usually failed…..HA!

Charles Hough’s comment I see is correct. We did have about eight aircraft that sat on their tail wheel so I inadvertently identified them as T-29s. But, they must have been C-47s which did set on their tail wheels!! One time I was taxiing the C-131 between rows of planes and my training Tech Sergeant pulled a switch which cut off my hydraulics, so I lost the ability to steer the aircraft and I was in the middle of the turn… headed for another line of planes. So, what I reversed the props and brought the aircraft to a stop as I didn’t know what had occurred! He asked me what I would have done if that didn’t work so I told him I would have run right back to the cargo door, opened it, and jumped out to the ground!! Ha!

I was assigned at Dover from 1973 to 1978, working first at base flight then transient alert/en route. From what I can remember we had two T-29 aircraft assigned to base flight. The first one was a T-29A model tail number # 1941 and the second one was a T-29C model tail # can;t remember. We lost the first aircraft in 1975 to the boneyard, second one I think in early 1976. Transferred to transient alert in 1975 working for then Msgt Bruce Keyser. Good times and good friends

Was this C-131 in service at Dover AFB and housed in the “Black Hanger’ back in 1969 to 1973 when I was stationed at Dover and assigned to the 436 FMS JEBU?? If it is, I recall a SSGT David Palmer and a crew assigned to him doing a complete overhaul of both engines on the plane in the “Black Hanger.” Colonel Reynolds was Squadron Commander of the 436 FMS at the time of the overhaul

It also was nicknamed “Base Bomber”

You can view the rest of the aircraft’s assignment history just above the comment section.