Originally a B-50 Superfortress bomber aircraft, the B-50 started life as an upgraded model to the B-29 Superfortress. The general appearance of the B-29 and B-50 are similar, however, the B-50 features several upgrades from the B-29 design, including more powerful engines, a taller tail, a redesigned cockpit, and many other structural changes.

In 1956, the museum’s B-50 was the first to be converted into a KB-50. Instead of carrying bombs, the KB-50 carried two large fuel tanks in the bomb bay. It had two drogue hose pods mounted to the wingtips along with a third in the former tail gunner’s position. In 1957, jet engines were added to boost the aircraft to safer speeds while refueling faster jet aircraft. Those that received jet engines were dubbed KB-50Js.

The KB-50 was used successfully for about eight years. It served as the basis for the KC-97 design and both aircraft served concurrently until replaced by the jet powered KC-135 Stratotanker. The last KB-50s flew as emergency refuelers for jet fighters over Vietnam. After finding corrosion in the crashed KB-50J #48-065 on 14 October 1964 in Thailand, all B-50 variants were forced into early retirement in March 1965. 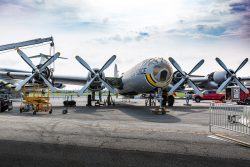 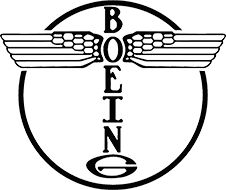 Looks like you went and got her from MacDill afterall…any idea what her history was from when she retired until you picker her up from the Dill? I know she was at the DIll for many years.

She has a very simple history after retiring from the Air Force:

Thank you for taking care of her. I loved this acft & hated watching the salt air destroy her. I watched as you disassembled her & was relieved she was going to a good home & would be okay. I appreciate your work…