Popularly known in the U.S. Air Force as the “Blue Canoe,” the U-3 is the military version of the Cessna 310 twin-engine transport. The prototype made its first flight on Jan. 3, 1953, and production for the civilian market began in 1954. In 1957 the USAF selected the aircraft for service as a light administrative liaison, cargo and utility transport. The Air Force eventually bought 160 “off-the-shelf” under the original designation L-27A, later changed to U-3A. Thirty-five more were delivered in 1960-1961 as U-3Bs — all weather versions with more powerful engines, additional cabin windows, a longer nose and a swept vertical fin. 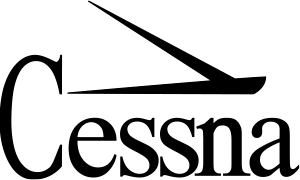 My first duty in Vietnam in 1968 was as Crew Chief for two U-3B aircraft assigned to Detachment 1 460th TRW at Tan Son Nhut AFB, Saigon.

These aircraft were used as support aircraft for 7th Air Force Headquarters for transporting reconnaissance information between bases within Vietnam.