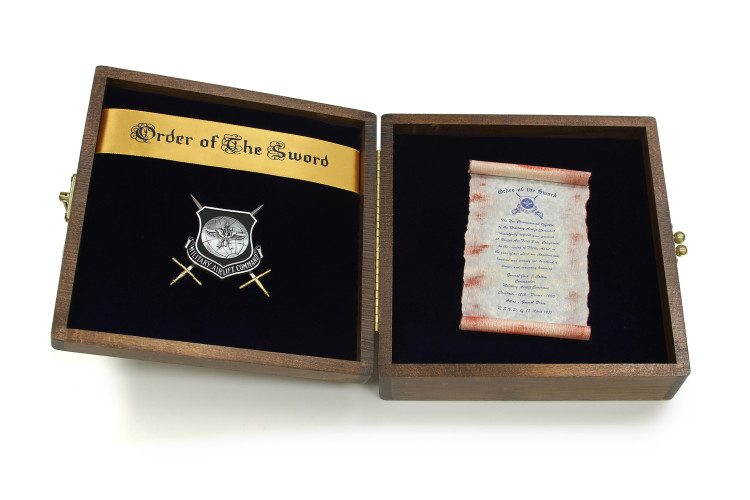 General Howell M. Estes, Jr., was a command pilot and first commander of the Military Airlift Command (MAC). This hinged oak box contains an invitation to an Order of the Sword ceremony honoring General Jack. J. Catton in April 1971. The Air Force Order of the Sword was founded by the enlisted force to recognize and honor military senior officers and civilians for significant contributions to the welfare and prestige of the Air Force enlisted corps, mission effectiveness, as well as the overall military establishment. General Estes was the second recipient of this rare honor in 1967.