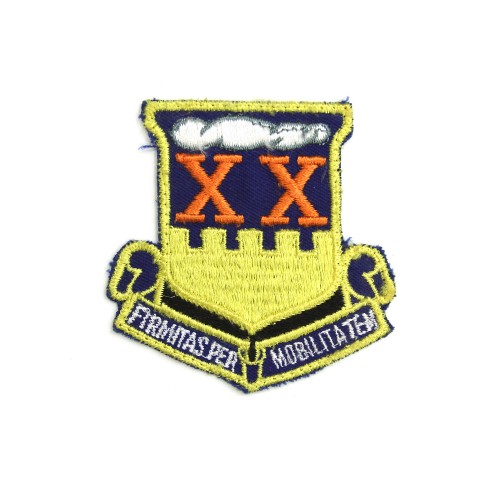 In 1963 the squadron transitioned to the new C-141 Starlifter aircraft. It was redesignated the 20th Military Airlift Squadron (MAS) in 1966 and moved to Charleston AFB, South Carolina, in 1973.

The patch depicts the Roman numerals for 20 with clouds above. The Latin motto below reads, “Firmitas Per Mobilitatem.”