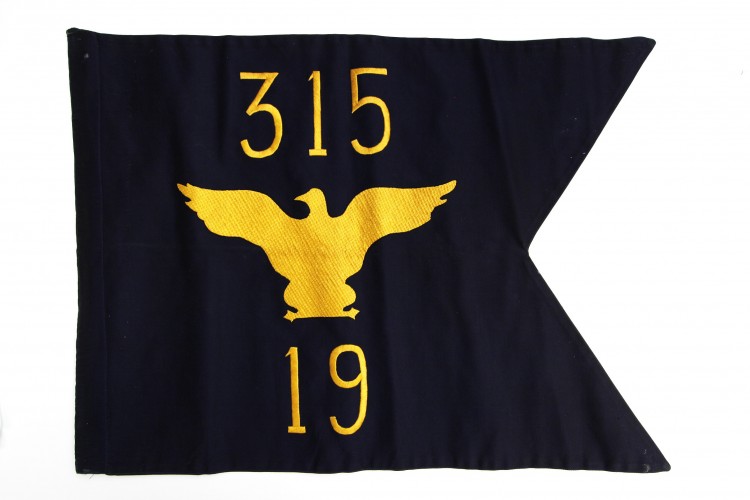 A guidon is a pennant-shaped standard that signifies a particular unit. Modern U.S. Air Force guidons are ultramarine blue and yellow. The parent unit name appears at the top and the squadron name below. In the middle is an eagle.

This older guidon has a yellow vinyl eagle and numbers stitched onto dark blue fabric.

The guidon’s donor, Colonel Charles Zemple, served in Vietnam from 1970-1971. He was the last commander of the 19th TAS.