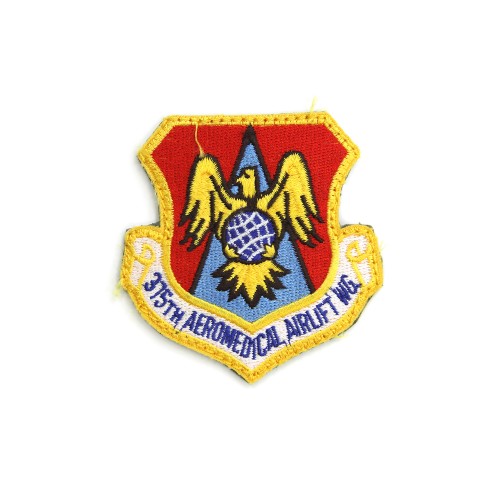 The patch depicts an eagle holding a globe in its claws against a red and blue background.