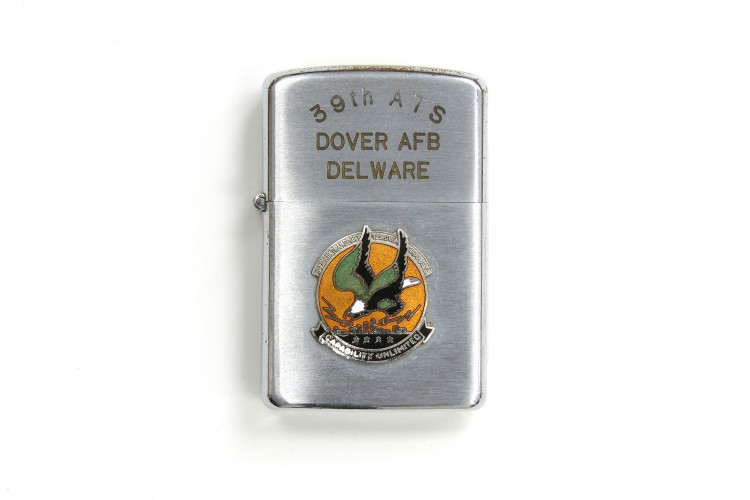 This brushed silver cigarette lighter by Vulcan features the emblem of the 39th Air Transport Squadron (Heavy) on the front. Their motto was “Capability Unlimited.”

The 39th ATS was stationed at Dover AFB, Delaware, from 1957 to 1966 when it was re-designated the 39th Military Airlift Squadron. The squadron flew C-133 Cargomaster aircraft.