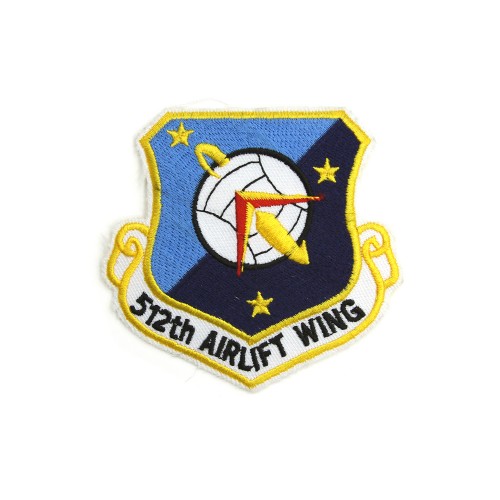 The 512th Airlift Wing (AW) is an associate Air Force Reserve unit at Dover AFB, Delaware. Known as the “Liberty Wing,” it works together with its active-duty counterpart, the 436th Airlift Wing.

The wing’s emblem shown on the patch is an updated, modern version of the 512th Troop Carrier Wing emblem approved in 1957.