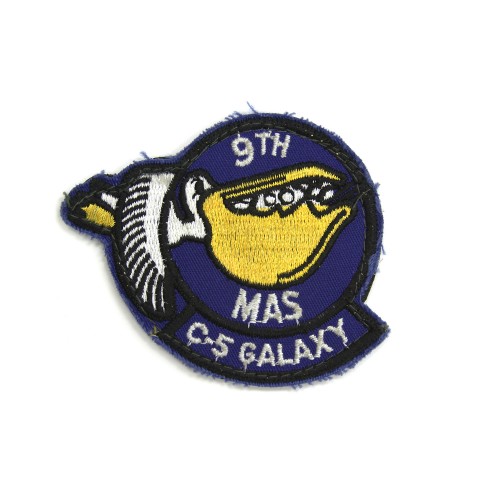 I was in the 9th MAS between mid-1972 and Jan 1976. During that entire time, it flew C-5A’s and the patch did not have the C-5 Galaxy notation. I can probably find a patch if anyone is interested.