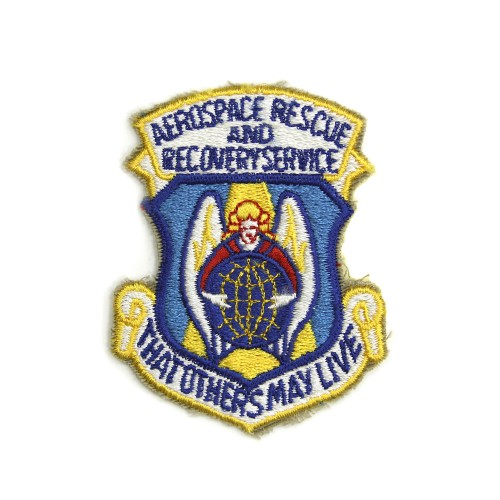 The Aerospace Rescue and Recovery Service (ARRS) was first established in 1946 as the Air Rescue Service and was redesignated ARRS in 1966. Flying both helicopters and fixed-wing aircraft, the service was credited with 996 combat saves in the Korean War and 2,780 in the Vietnam War. The rescue mission of ARRS was dispersed throughout other commands in 1993 and continues today.

Part of their motto, “These things we do that others may live,” appears on the patch below an angel holding a globe.