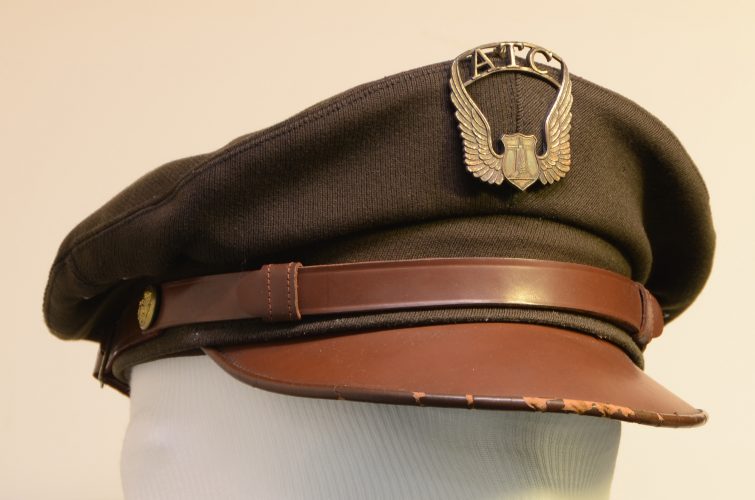 Crew members of civilian airlines operating as contract carriers wore military uniforms without military rank. This olive drab service cap is the same one worn by army and army air force personnel but it has a distinctive cap badge–the Wright Brothers Memorial emblem in a shield surrounded by two upraised wings and the letters ATC arching over the top.

Donor John H. (Jack) Kinyon was a loadmaster in WWII. After the war he worked as a loadmaster for American Overseas Airlines (AOA) which operated as a contract carrier and flew C-54 aircraft.