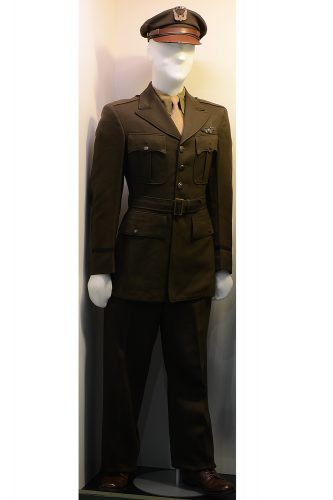 Crew members of civilian airlines operating as contract carriers wore military uniforms without military rank. Instead one, two, or three sleeve stripes on the coat identified, in order, crew members, co-pilots, and pilots. The military buttons were replaced with Air Transport Command (ATC) buttons. This uniform is made of olive drab wool elastique.

Donor John H. (Jack) Kinyon was a loadmaster in WWII. After the war he worked as a loadmaster for American Overseas Airlines (AOA) which operated as a contract carrier and flew C-54 aircraft.