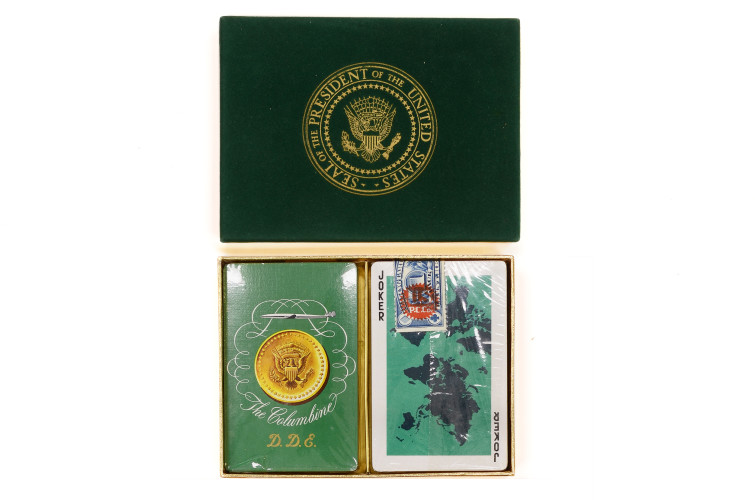 These two decks of playing cards from President Dwight D. Eisenhower’s aircraft, Columbine III, depict the aircraft in profile, the presidential seal, and the President’s initials. The cards have never been opened and still retain their playing cards tax stamp (taxes on playing cards were discontinued in 1966).

Columbine III is a VC-121E Super Constellation built by Lockheed and was used by President Eisenhower during his administration. It is currently on display at the National Museum of the U.S. Air Force in their Presidential Gallery.