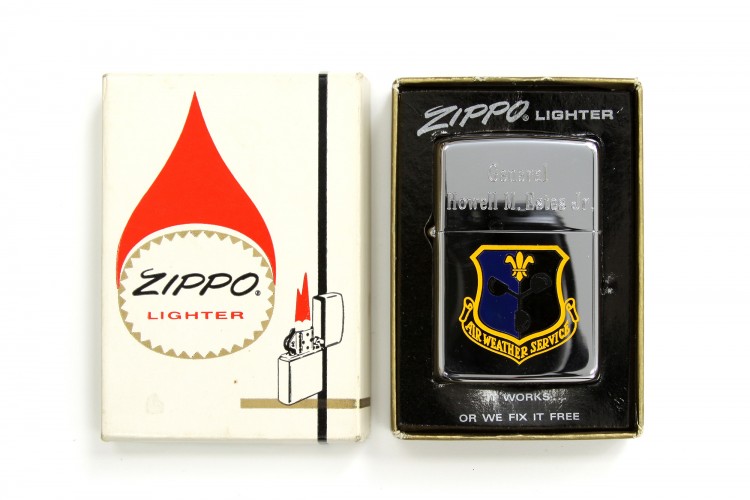 Cigarette lighters were in common use during the 1960s and were often presented as gifts for retirements or other ceremonial occasions. This Zippo lighter was presented to General Estes by members of the U.S. Air Force Air Weather Service.