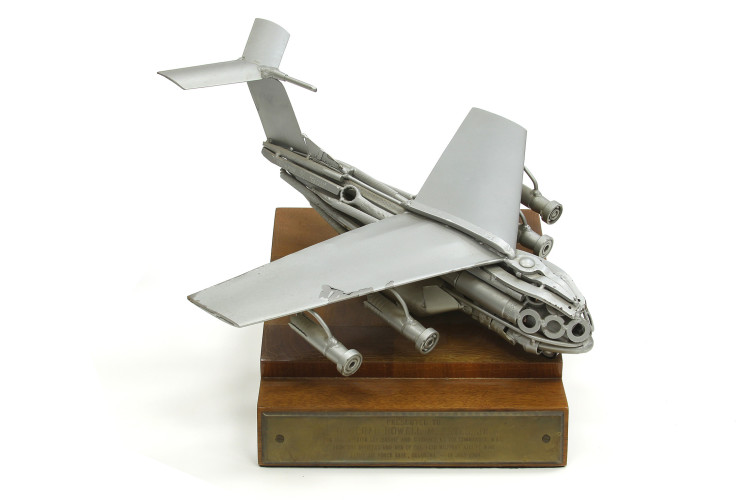 General Howell M. Estes, Jr., was a command pilot and first commander of the Military Airlift Command (MAC). General Estes was given this sculpture of a C-141 aircraft made from aircraft tools and parts by members of the 443rd Military Airlift Wing, Altus AFB, Oklahoma, in 1969. The sculpture is mounted on a wooden base with an engraved brass plaque.