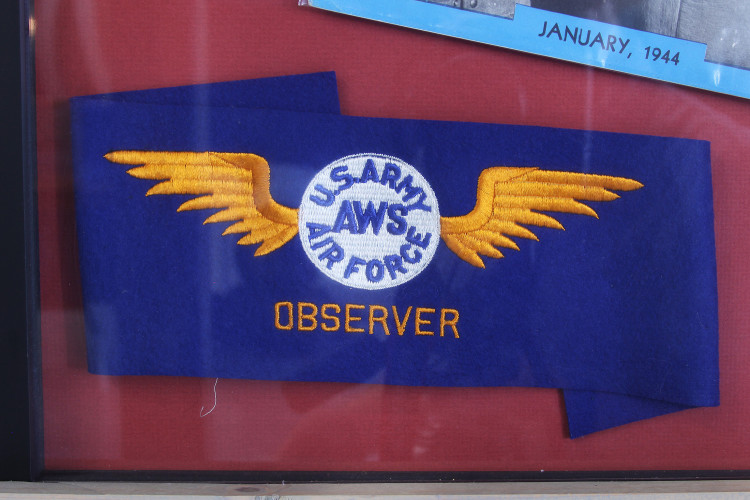 Embroidered felt armbands were another way for volunteer observers to identify themselves.