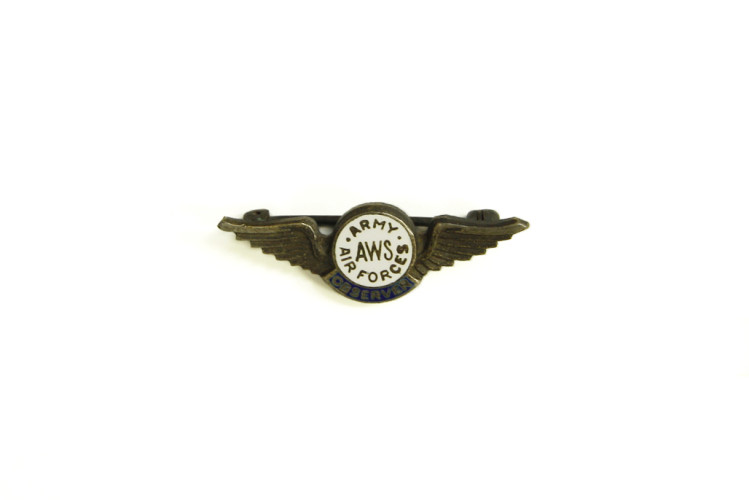 This is another type of pin worn by Aircraft Warning Service observers in WWII. A gold winged circle is enameled in the center with blue and gold.