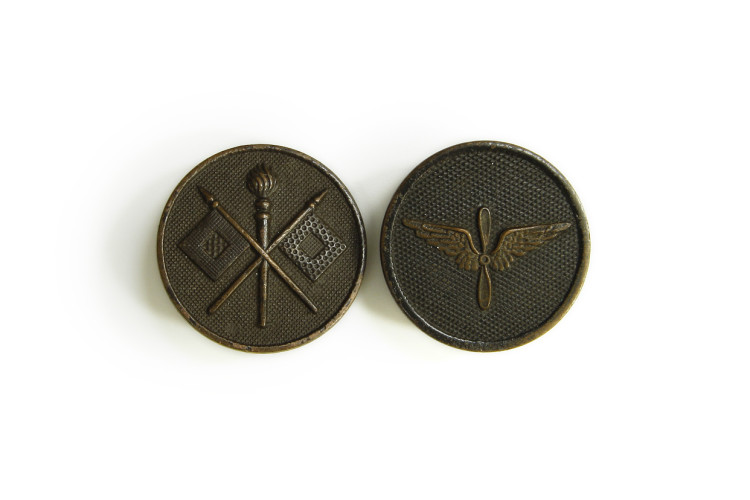 These collar insignia were worn on the stand-up collar of his olive drab tunic or service coat. The left pin is the signal corps device and the right is the air corps device.