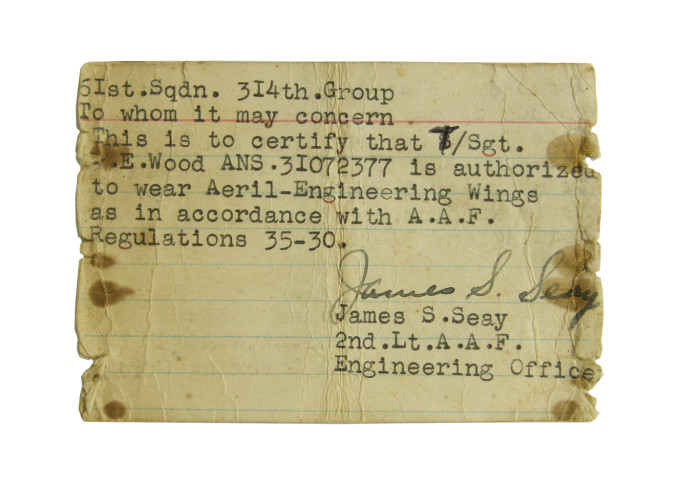 This piece of typed and signed index card authorized TSgt. Winfield “Bing” Wood to wear an aerial engineer aviation badge on his uniform. The card was carried in his wallet and was to be shown upon request.