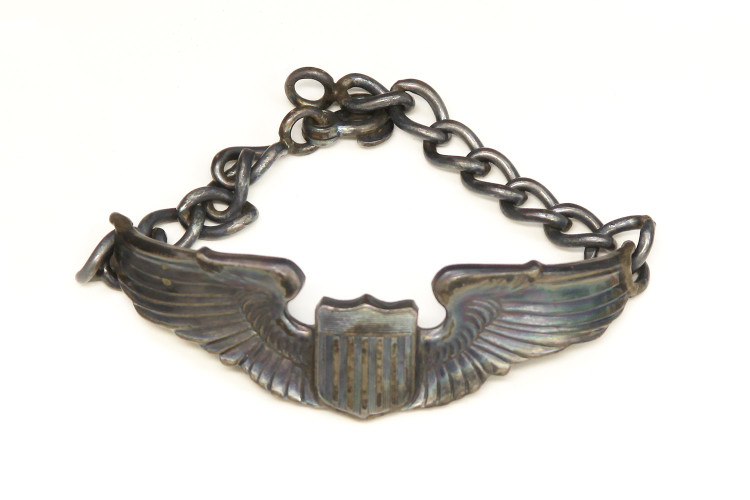 This bracelet was made from a pilot’s aviation badge. The badge was curved slightly and links fastened with a lobster claw were added to both wingtips.