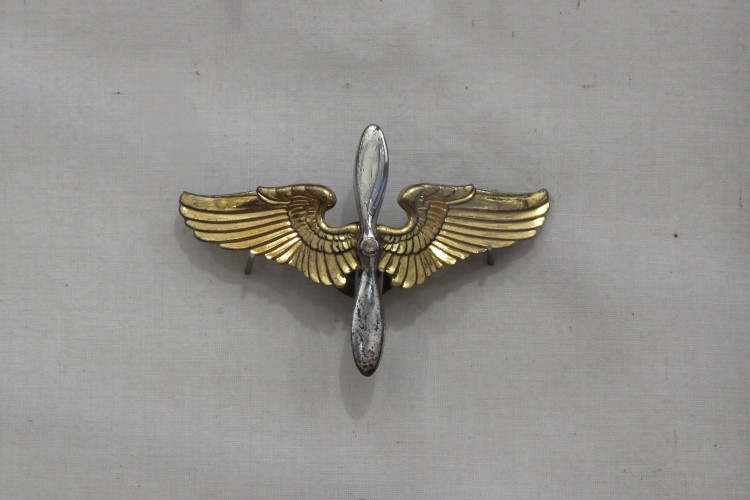 An aviation cadet cap badge is a large version of the prop and wing insignia worn on uniform coats.