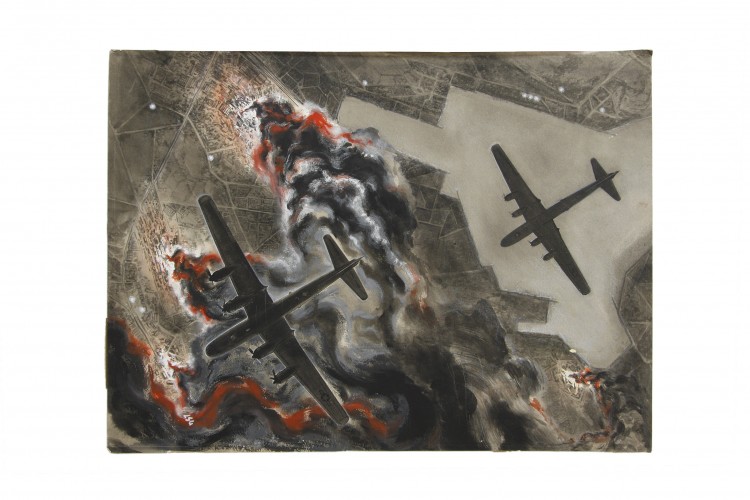 Louis S. Glanzman was an artist and illustrator who produced artwork for Air Force magazine during WWII. This original artwork is on illustration board and shows two B-29 aircraft flying over Tokyo. The artwork was published in the June 1945 issue of Air Force magazine.

After the war, Mr. Glanzman’s work appeared in many magazines and children’s books.