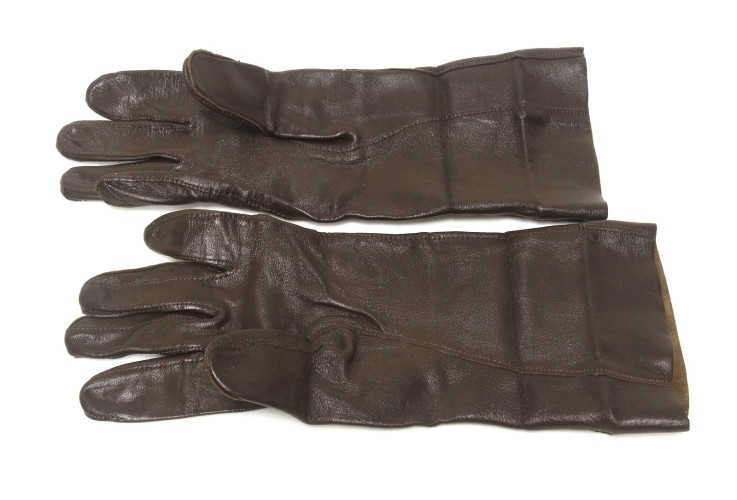 Today’s flying gloves are made to withstand higher temperatures. In the 1950s and 1960s, flyers wore leather gloves like these. This pair of brown leather gloves was made by Steinberg Brothers.