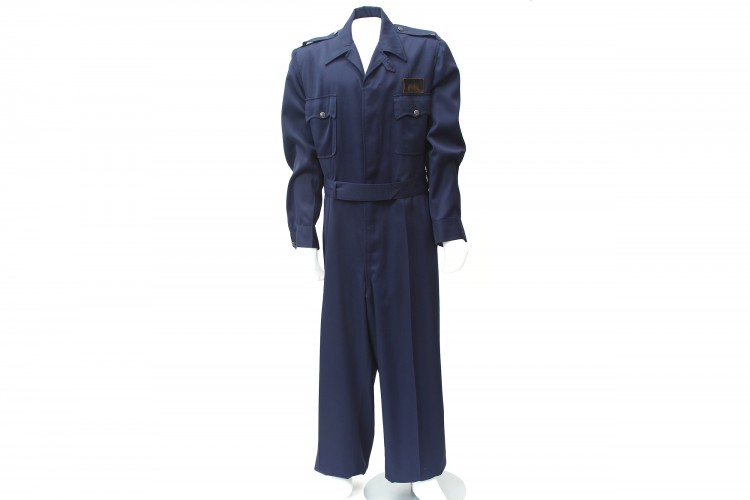 The coveralls have a leather pilot badge above the chest pocket. A label inside reads “Experimental Test Sample Clothing Branch, 30 June 64.”