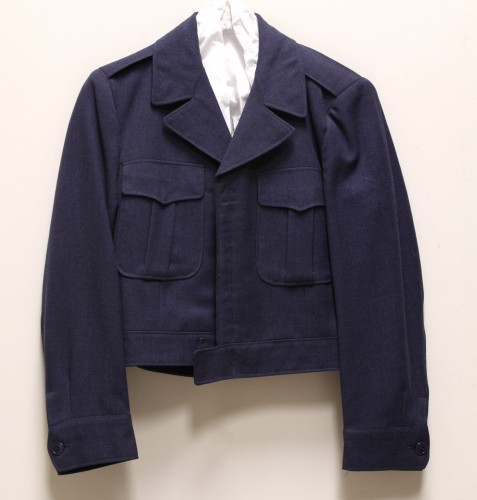 The popular olive drab Ike jacket worn in WWII by U.S. Army and Army Air Force service members was duplicated in air force blue when the U.S. Air Force became a separate service. It was authorized for wear from 1947 to 1964. This jacket has a zipper sewn in over the original button front.

The original wearer of the jacket was a Delaware native who, as a young enlisted man, was a radio operator during the Korean War stationed on an island near Alaska.