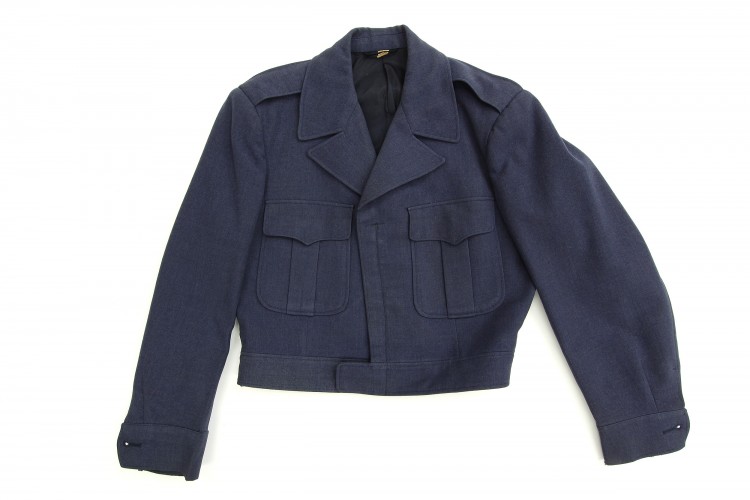 The popular olive drab Ike jacket worn in WWII by U.S. Army and Army Air Force service members was duplicated in air force blue when the U.S. Air Force became a separate service. It was authorized for wear from 1947 to 1964. This blue wool Ike jacket closed with a zipper instead of buttons and was worn with a light blue shirt and dark blue tie. The jacket belonged to Major William C. Voigt.