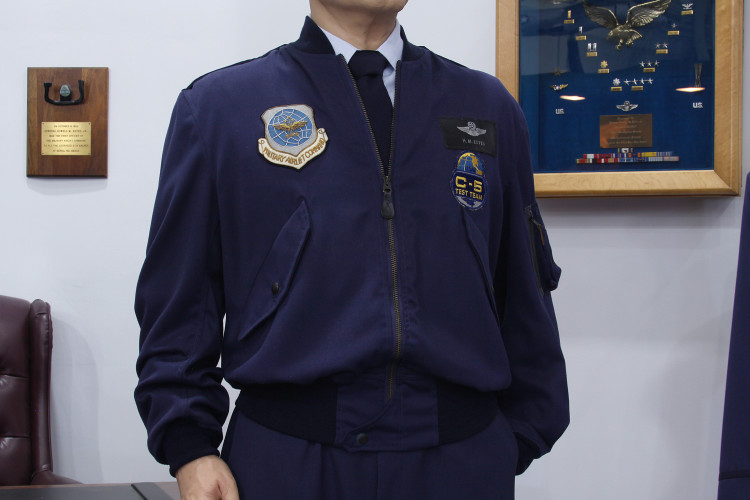 General Howell M. Estes, Jr., was a command pilot and first commander of the Military Airlift Command (MAC). His 1960s-era experimental jacket is labeled inside, “Experimental Test Sample Clothing Branch.” His four-star general rank insignia are printed in silver on leather epaulets. The Military Airlift Command patch is made of fabric and gold and silver bullion wire. The stitched-on nametag is printed in silver on black leather with command pilot wings and his name. Below the nametag is a C-5 Test Team patch. General Estes was one of the first USAF pilots to fly the C-5.