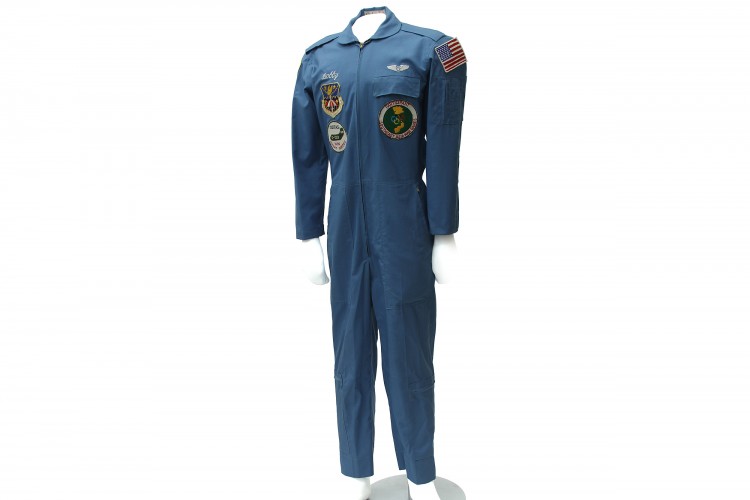 He wore this party suit when stationed at Phan Rang AB. Custom made in Thailand, the back has a large patch with Snoopy as the Red Baron. The front is embroidered with his nickname, Bobby, and aircrew wings and is decorated with squadron patches.