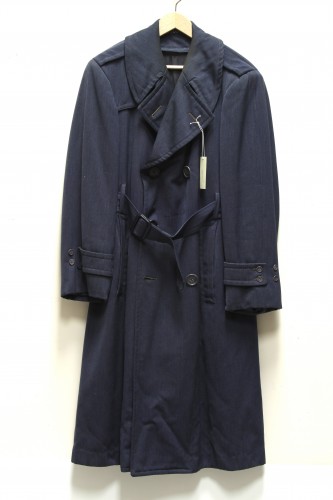 This topcoat made by A. Jacobs & Sons is an Air Force blue version of the Army Air Force’s trench coat worn in WWII. The coat is made of grayish blue wool and has round blue buttons instead of the silver buttons seen on the overcoat. The topcoat could be worn with the winter or summer uniforms. It has a zip-in lining and a separate belt with a blue plastic buckle.

The topcoat was worn by Major William C. Voigt, a pilot in WWII. After the war, Major Voigt flew the museum’s C-54 in several Berlin Airlift missions.