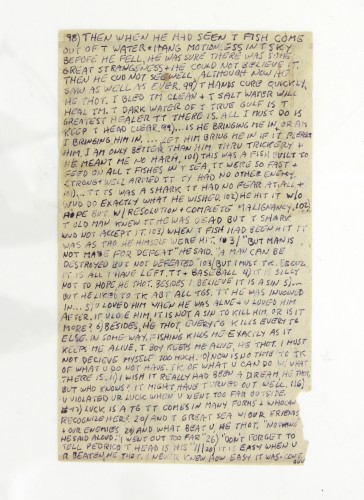 This document is one of two notes written by Captain Reynolds on the back of the paper from a Tam Tanh cigarette pack. According to General Reynolds, The Old Man and the Sea by Ernest Hemingway was given to the POWs during their last few weeks of captivity. He copied down some of the passages he found inspiring. The other side of the cigarette paper contains notes of race car drivers, the cars they drove, and their country.