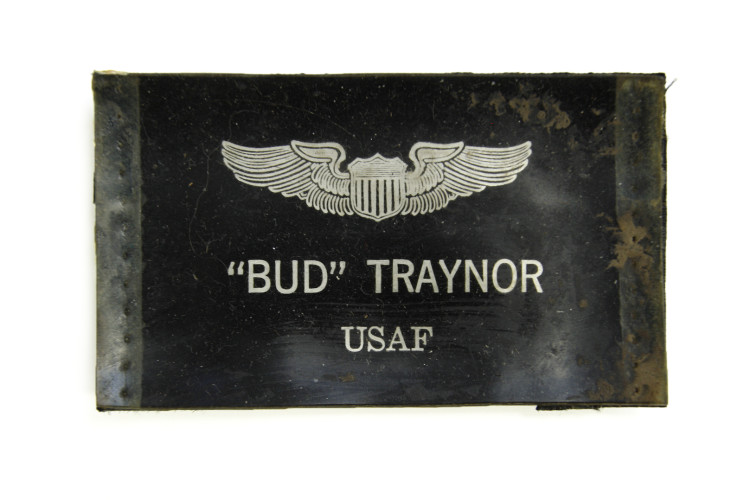 Captain Traynor removed this leather nametag from his flightsuit after the crash.