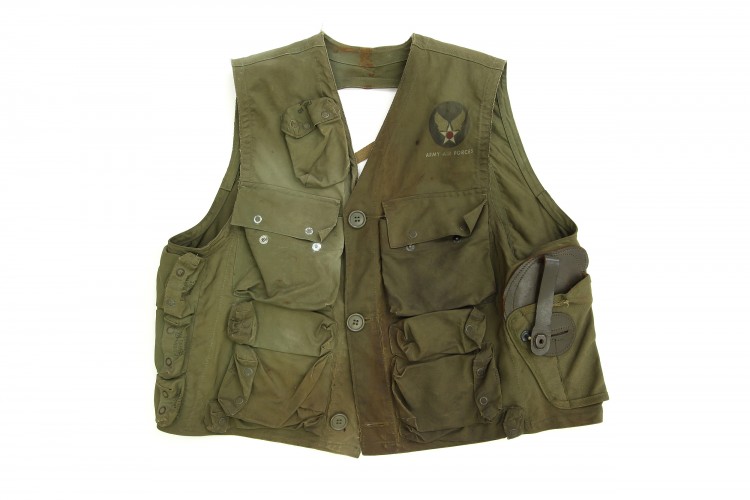 Americo John Langiu served in the U.S. Army Air Force  and later in the U.S. Air Force during the Korean War where he served as an Airman Second Class forward observer.

The vest has numerous labeled pockets for rations, survival gear, and first aid items. The vest buttons in front and ties with twill tape at the back. On the left side is a leather-reinforced holster. Fully outfitted, it weighed about 11 pounds. This style vest was used during WWII, the Korean War, and for a short time during the Vietnam War.