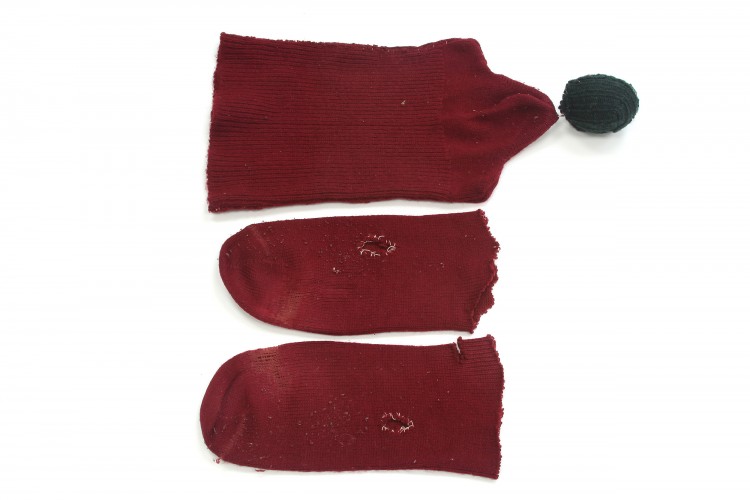 During the last years of the Vietnam War when POWs were allowed to receive mail, Major Reynolds received a pair of socks in one of his packages. He created a cap and a pair of mittens from this one pair of socks.