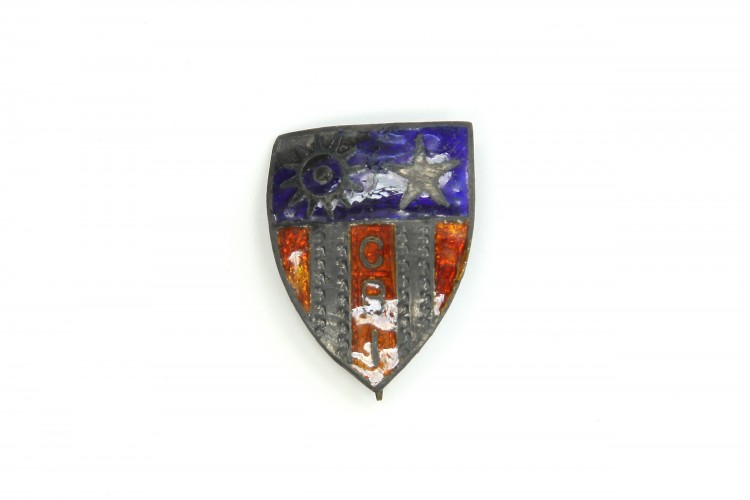 This pair of enameled metal epaulet badges or distinctive insignia are theater-made and have a crude pin on the back.