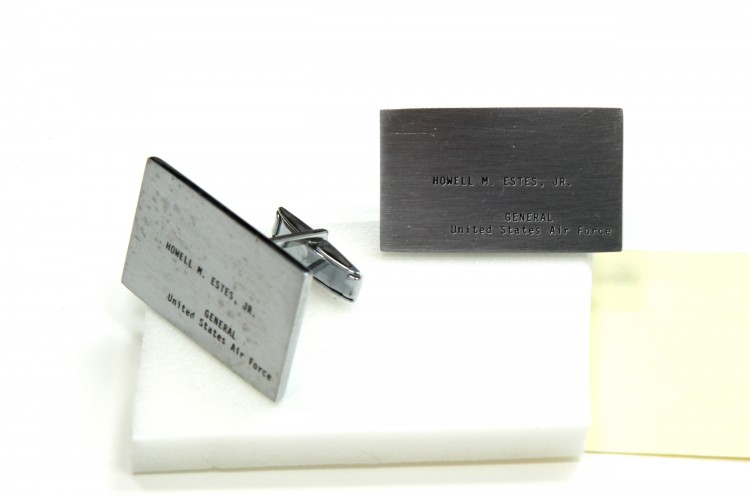 This pair of cufflinks belonged to General Estes. They resemble a business card and are engraved with his name and rank.