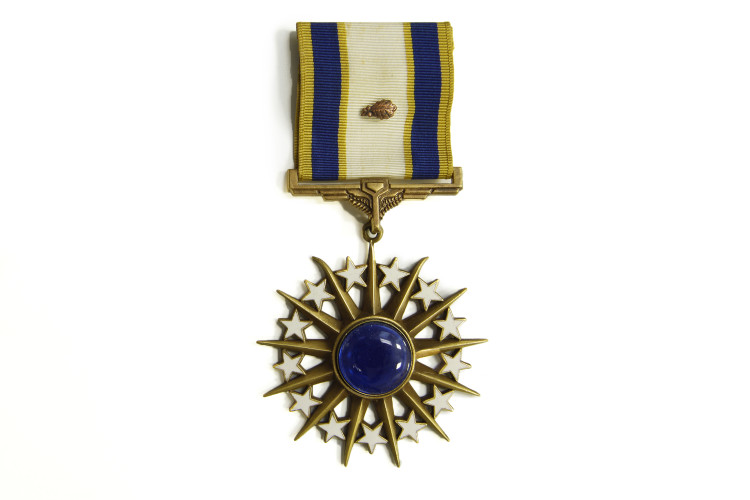 General Howell M. Estes, Jr., was a command pilot and first commander of the Military Airlift Command (MAC). The Air Force Distinguished Service Medal is awarded to a member of the United States Air Force who has distinguished himself or herself by exceptionally meritorious service to the United States government in a duty of great responsibility. The DSM shown here has one oak leaf cluster which denotes a second decoration.