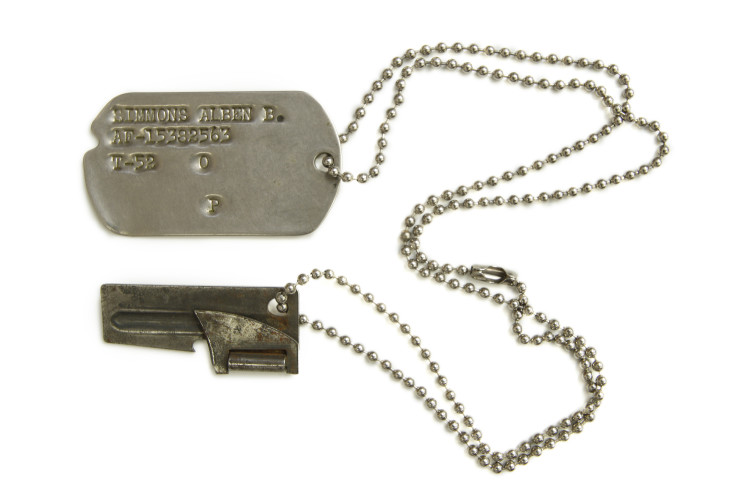 Dog tags served as identification for wounded and dead personnel. The ball chain holds only one tag and a handy P-38 can opener. The original wearer was Delaware native Alben Simmons. Debossed on the tag are his name, date of his last tetanus shot (1952), his blood type (O), and his religion (Protestant). What was the notch for? The notch was used with the Model 70 Addressograph Hand Identification Imprinting Machine (a pistol-type imprinter used primarily by the Medical Department during World War II). Since WWII-era dog tags were debossed (the letters were depressed into the metal instead of raised), the tags could be used to print the information on a soldier’s dog tag directly onto medical and personnel forms using the imprinting machine. The notch was to ensure that the tag was correctly inserted into the machine. The use of the Model 70 Addressograph Machine was not as useful as planned and its use was discontinued. However, supplies of notched dog tags continued to be used until they were depleted in the 1960s.