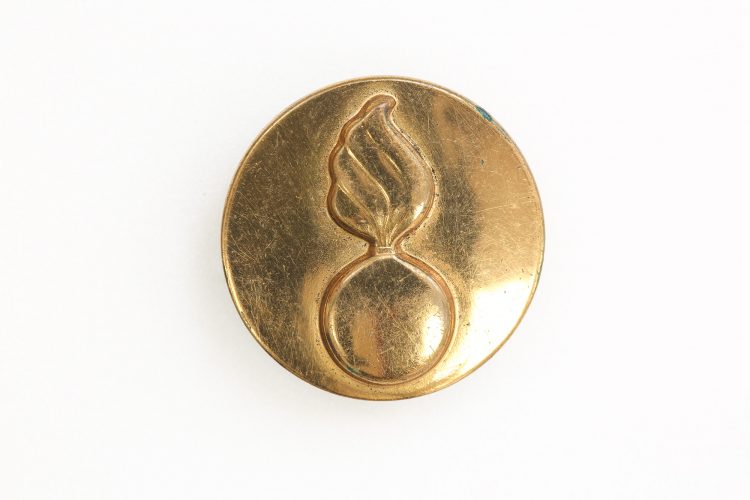 U.S. Army ordnance collar insignia was worn by Sgt. Walter A. Stewart who was a special vehicle operator and mechanic in the U.S. Army Air Force in WWII. In 1942 the responsibility for motor transport was moved from the Quartermaster Branch to the Ordnance Department.

Walter A. Stewart was from New Jersey and entered military service on 2 October 1942. He attended basic training at Camp Luna, New Mexico, and graduated from the U.S. Army Air Force Special Vehicle Operator and Mechanic School at Chanute Field, Illinois. He was assigned to the 27th Ferrying Squadron at New Castle Army Air Base, Delaware, in 1944 and was then transferred overseas until he returned home in 1946.