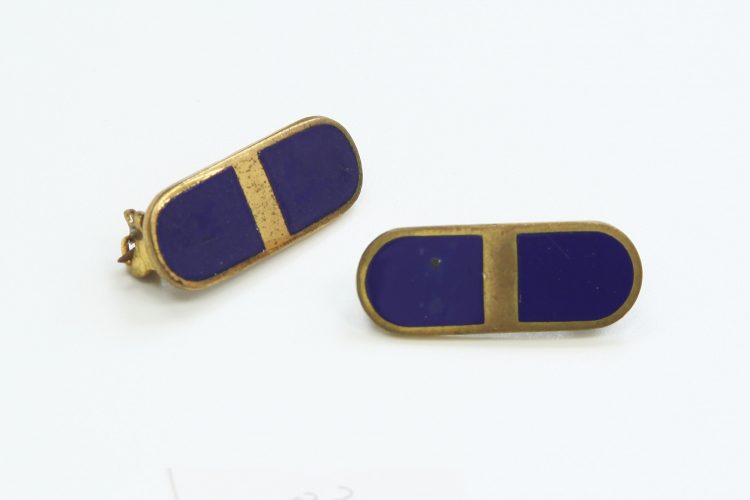 Flight officer rank is similar in appearance to US Army warrant officer rank. Each pin is blue enamel on gold metal. One was made by Amico, the other by Amcraft.