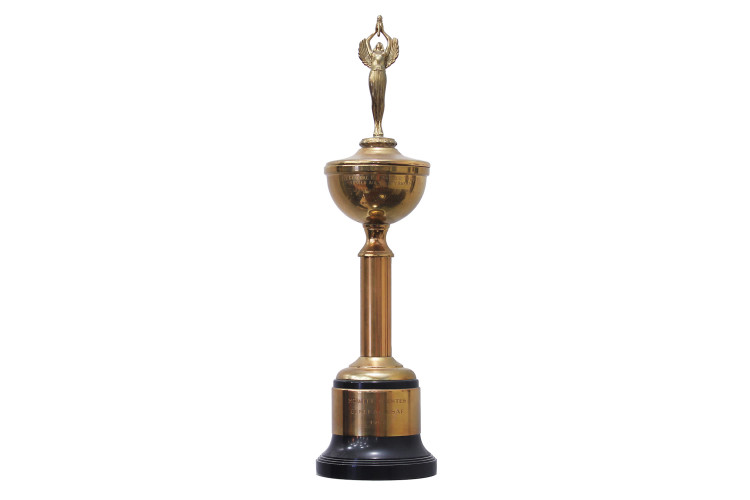 General Howell M. Estes, Jr., was a command pilot and first commander of the Military Airlift Command (MAC). General Estes received this trophy from the Arnold Air Society in 1967 for recognition of his outstanding contributions to military aviation and aerospace programs. The base is engraved, “Howell M. Estes General USAF 1967.”