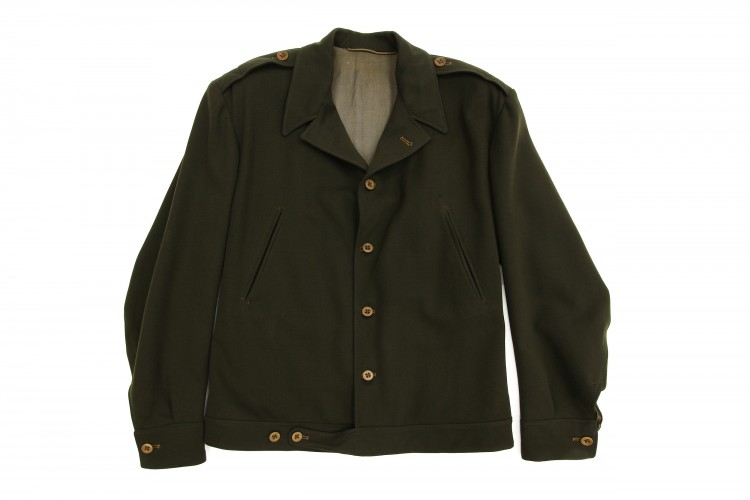 This beautifully made green wool ETO (European Theater of Operations) jacket was custom tailored in England. The jacket is short waisted with plain plastic buttons, slash pockets, and buttoned cuffs.