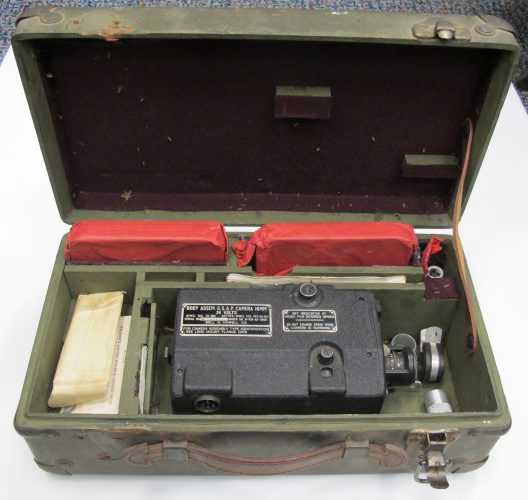 This Bell and Howell 16mm camera with 35mm lens was used on fighter aircraft during WWII. The wing-mounted cameras recorded aerial combat and were also used to record air combat between trainees to avoid using live ammunition.

Donor’s father, TSgt. Cloud D. Hughes, was an aircraft engine mechanic assigned to the 33rd Pursuit Squadron during the early days of the Iceland Base Command (1941-1947). He was later assigned to the 443rd Fighter Squadron at Richmond Army Air Base and Norfolk Army Airfield in Virginia.