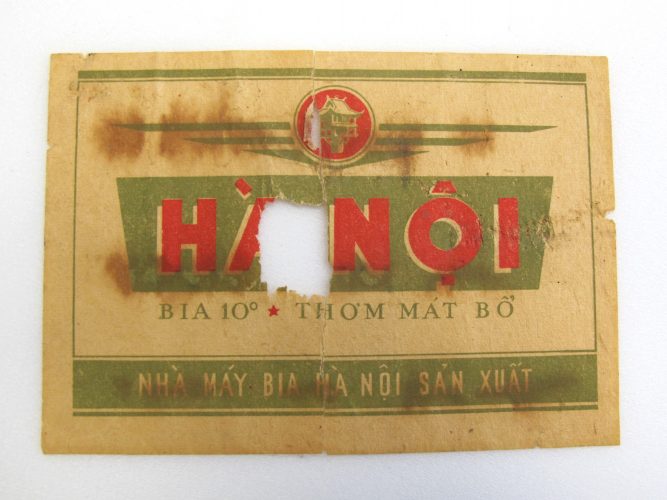 The paper label is from a bottle of Ha Noi beer that was given to Major Reynolds by one of the prison staff at the Hanoi Hilton (Hoa Lo Prison) on 12 February 1973 when he and other prisoners were released. He drank the beer and then removed the label while on the bus that was taking them to the C-141A that would fly them home.