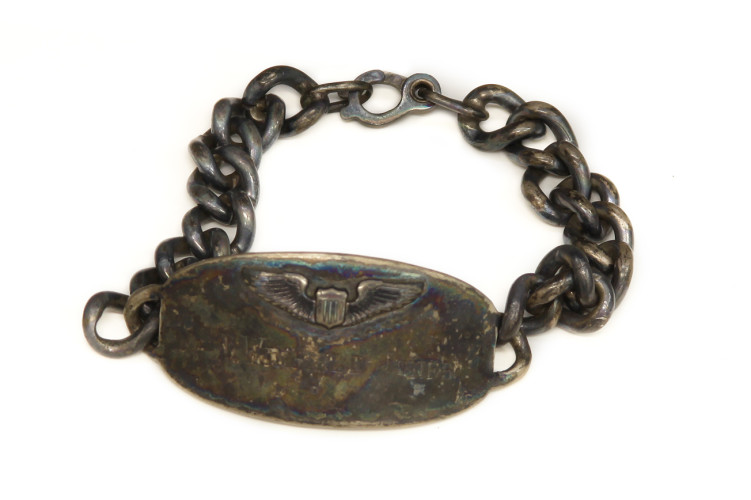 This ID bracelet is made from a silver oval inscribed “A. Winfield Jones” and has a small pilot aviation badge affixed at the top.