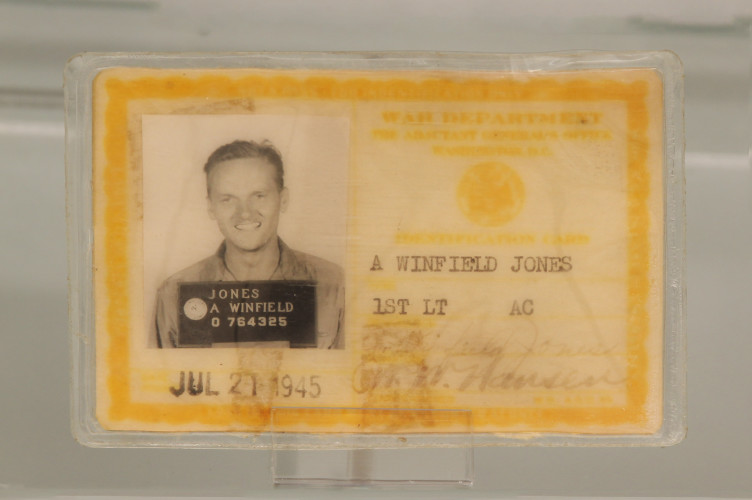 First Lieutenant A. Winfield Jones graduated as an aviation cadet at Douglas Army Air Field, Arizona, January 1944. He was assigned to the 436th Troop Carrier Group, 80th Troop Carrier Squadron, stationed at RAF Membury, England. A C-47 pilot, he flew 23 combat missions including paratroop drops and glider tows during D-Day and Operation Market Garden in Holland and resupply missions to Bastogne, Belgium. His medals include the Air Medal with three oak leaf clusters. At the end of the war, he returned to his home in Glendale, California.