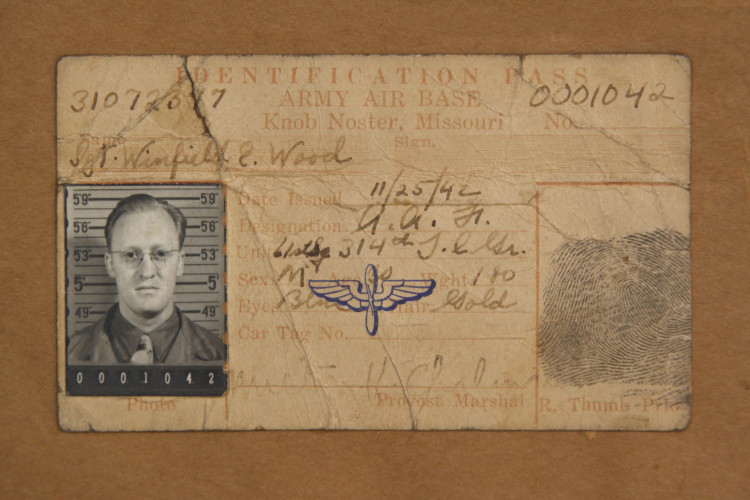 Winfield E. “Bing” Wood was a WWII aerial engineer. His identification pass, shown here glued to a scrapbook page, was issued to him at an army air base in Knob Knoster, Missouri, in 1942.