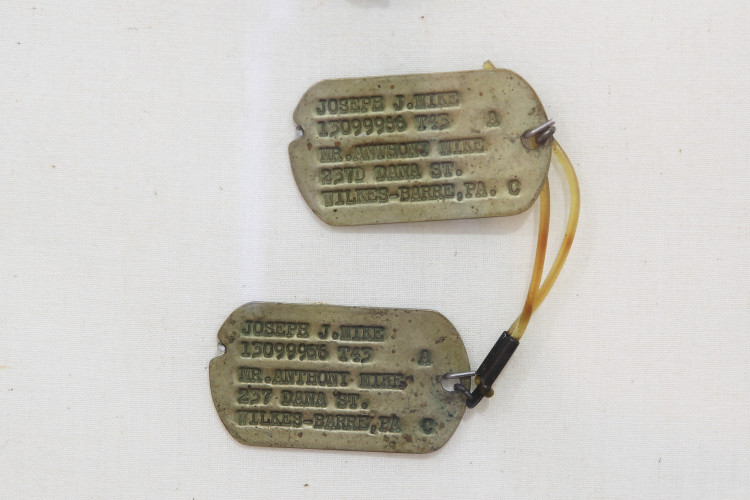 JJ Mike’s aviation cadet dog tags are joined by a short piece of plastic and are stamped with his name, serial number, tetanus shot date, blood type, religious affiliation, and his father’s name and address.